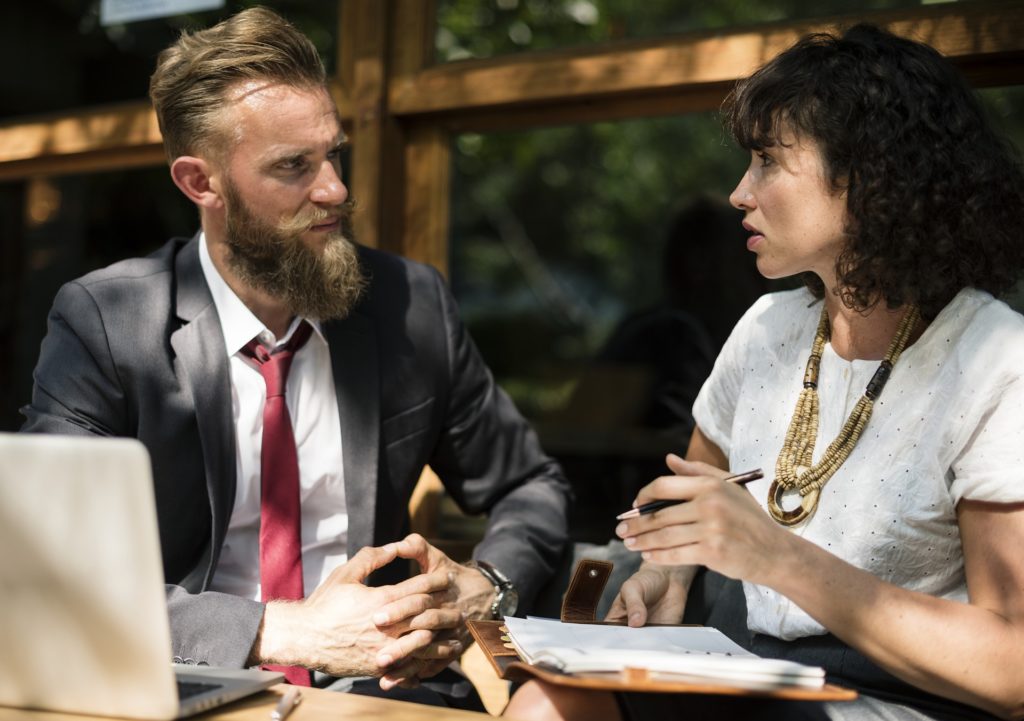 You’ve finished your draft, done a spot of proofreading of your work and followed last week’s advice on how to choose an editor. You’ve found someone you like and you’re about to embark on that scary journey: getting your book edited. You’re probably wondering how you can get the most out of working with an editor, so that’s what I’m about to tell you!

I’ll start by saying that, if you’re like most writers, the thing uppermost in your mind at this point might be how you can avoid falling out with your editor. Perhaps you’re simultaneously scared of getting your work pulled apart and nervous in case you ‘push back’ and rile your editor, ending in a big, messy fall-out over a serial comma. You’ve picked someone you like and you seem to have a good rapport with them so far, but you’re afraid that will all come crashing down when you see what they’ve done to your manuscript.

I’ve got news for you. We don’t want to fall out with you, either.

Sometimes a grammar or punctuation rule or a particular spelling is right or wrong. Sometimes it’s a matter of opinion or personal preference. If it’s the latter, we won’t make it a hill to die on. If you want ‘spelled’ instead of ‘spelt’, or ‘well-being’ with a hyphen, guess what? It’s up to you! We aren’t scary grammar nazis; we want to be nice, and we want to help you and make your book as good as it can be.

With that in mind, here are some things you can do to make the editing process easier for both of us.

1. Know what kind of editing you’re getting

By the time you’ve got to the point of engaging an editor they should have gone through this with you, but to be on the safe side, make sure you know what kind of editing you’re getting – and that it matches up with what you need. As a copy-editor, I can’t do my best job if major structural reorganisation is needed, and if you want me to re-edit your work after you’ve rewritten and added parts, I’ll have to charge you extra – and most editors will do the same (it’s in my Ts and Cs, so make sure you read the small print!).

2. Be willing to consider changes

I was going to phrase this ‘Don’t be a dick’, but on reflection that seemed a bit harsh. I can honestly say that I’ve never had an editing client who has been rude about my suggestions, comments or queries. But I’m sure they exist, and you don’t want to be That Person. It’s natural to feel a little bit defensive about your work, but try to bear in mind that your editor wants your work to read as well as possible. If something is unclear to them, it may well be unclear to your target audience too. Remember that it’s up to you whether you accept all their suggestions, so try to not feel too dismayed, but also remember that they’re professionals and have made those suggestions for a reason. If it feels as though they simply haven’t ‘got’ your tone or what you’re trying to do in your book, have a chat with them about it. They should be on your side helping you achieve your vision!

When you first open your edited manuscript file, there will be Track Changes – or the equivalent of red pen – all over it. And I mean all over. It’ll look shocking. I might as well get that out of the way. That doesn’t mean your writing is bad. Brace yourself and grit your teeth. I can pretty much guarantee that a lot of the ‘corrections’ will be things like changing a comma into a full stop or adding a space on either side of an ellipsis.

In Word, under the ‘Review’ section of the toolbar, you have the option to view ‘All Markup’ or ‘Simple Markup’. Start by viewing the document with simple markup turned on. This means that you’ll only see the editor’s comments – queries or suggestions – rather than every single edit, deletion, insertion, etc. It makes the text look a lot less scary and will help you concentrate on the important stuff. Later, if you do want to go through every tiny change, when you get to a bit that looks confusing or that you have strong feelings about, turn simple markup back on and read through the passage ‘clean’, as though you’d already accepted the editor’s suggestions. Sound alright to you now? You might be pleasantly surprised!

5. Use the opportunity to improve your writing

Look at what the editor has changed and how those changes affect the flow of the text as a whole. This may help you improve your writing for the next book – if you have one planned!

6. Don’t be afraid to ask questions

You are perfectly within your rights to ask the editor to explain their rationale for certain decisions. It doesn’t mean you’re arguing with them; it just means you’re curious. Any editor worth their salt will be happy to tell you why they’ve done what they’ve done. If they’ve changed something wholesale without consulting you, there’s a good chance it’s straight-up wrong rather than just a matter of stylistic preference. Ask and you’ll learn!

7. Don’t ask too many questions

This sounds counterintuitive, but it’s just a shorter way of saying don’t bog the process down by questioning absolutely everything. The more you ask, the longer it will take, and you may end up getting charged extra. Got a question? Ask away! Want to go through the edit line by line with your editor? You’ve probably got too many questions. Be brave and make your own decisions about which changes you want to accept and reject. Remember: you don’t have to agree with everything your editor has suggested.

8. Use the appropriate technology

I usually work on manuscripts in Word, so I’ll refer to Track Changes here, but if you and your editor are working on a pdf document my advice applies equally to pdf markup. Use the technology available to you. Use Track Changes and Comments. Please don’t send your edits, comments or responses by email or as a separate document. You might think you’re referring to page 114, but by the time your comment gets back to the editor, they’ve continued to make changes and page 114 is now page 113 or 115, line references make no sense at all, and it takes them precious extra minutes to find the bits you’re talking about. They should have told you at the beginning of the process how they were going to present their feedback (Track Changes, Comments, pdf markup, etc.) and at this point you can ask how they’d like you to communicate yours in return.

9. Don’t be afraid to use the phone

It’s quicker than email and you might be able to get an instant answer. You can both ask lots of questions one after the other without any awkward written to-ing and fro-ing. Check first with your editor when they’re available to talk on the phone so that you don’t worry about interrupting them. And, of course, check that they’re comfortable with it – not everyone is, but if they are, you can both save yourselves time and energy!

Let your editor know if you’re going away, have had a crisis or are going to be incommunicado for a while. That way they’re not left hanging and they can plan in order to either meet the deadline or extend it if necessary. Also, they won’t expect you to respond while you’re away or otherwise occupied. They should, of course, return the favour!

If you think your editor did a good job, say thank you – it’s always nice to be thanked. But you can go one better. Write a testimonial that they can use on their website or a review on their Facebook page if they have one. Ask them where they prefer to have their reviews (some people use Trustpilot or similar sites) and show your appreciation by writing one. Asking clients for testimonials can sometimes feel a bit awkward, especially if a bit of time has passed since the job was done, so we really appreciate it when you take the initiative – believe me!

If you’re feeling particularly generous you could even credit your editor in the book. The first time an author wrote something really nice about me in the acknowledgements I actually bought the book, despite it being an academic work on a topic totally unrelated to my interests! So you never know, you might even bag yourself an extra sale.

Hopefully I haven’t made you overthink the whole thing. Perhaps I should come back to the one bit of advice I almost didn’t say: don’t be a dick. Most people aren’t. You probably aren’t. In which case you’ll get on with your editor and both of you will enjoy the process of getting your book into great shape!